Equine Protozoal Myeloencephalitis, or EPM for short, is a condition that affects the nervous system of horses. Symptoms for the condition are often slow to develop and may be difficult to recognize, but early diagnosis and treatment is necessary to prevent further neurological damage. 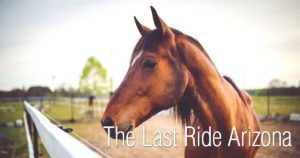 What Causes EPM in Horses?

EPM is caused by a single-celled protozoal organism called Sarcocystic neurona. Found naturally in the opossum, the organism is released through the feces of the opossum and then ingested by other animals such as armadillos, raccoons and cats. While the resulting protozoa does not harm the opossum or to most secondary hosts that ingest the feces of opossums, it does harm horses that ingest the fecal matter. Once ingested, the protozoa migrates to the nervous tissue in the spinal cord and sometimes to the brain stem, where severe inflammation and damage can occur.

What are the Symptoms of EPM in Horses?

While horses cannot pass the protozoa to other horses, it can cause serious issues to horses once they are infected. Some of the symptoms of EPM include:

How is EPM Treated in Horses?

EPM is treated with antiprotozoal therapy, with the most commonly used drug being ponazuril. This medication must be used for at least 28 days on a daily basis. Other supportive therapy, such as the use of anti-inflammatories and IV fluids, may also be necessary.